Chris Arthur reports the findings into his study on the spread of this invasive threat to our catchment: 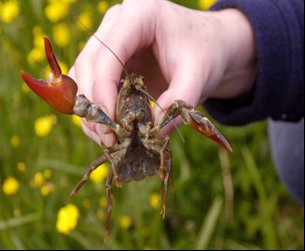 As part of my MSc in Ecology and the Environment at Lancaster University I have had the opportunity to help the Don Catchment Rivers Trust gain a better understanding of the distribution and spread of the invasive American Signal Crayfish (Pacifastacus leniusculus) in the Don Catchment.

I was particularly interested in the pathways by which the species infests a waterway and moves within the system to colonise new sites. Therefore I decided to address the hypothesis that the Signal Crayfish in the Don Catchment are the result of a single introduction that has spread to form either a single large population or a meta-population of separate units. To do this I have been trapping extensively within the catchment at 0.5km intervals along waterways to detect sites where crayfish may be found. 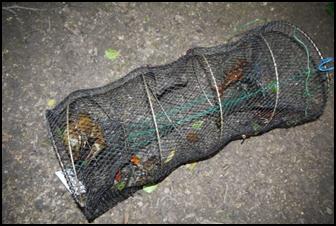 My findings have not supported my hypothesis, and it seems clear that there are numerous isolated populations of signal crayfish resulting from several introductions; I have been able to identify likely points of entry for many of these. By comparing the results of this survey against records collated by the Trust, the Environment Agency, Crayfish Action Sheffield, and the ecology sections of various councils, I have been able to map the movement of the species over time and calculate an approximate rate of dispersal. The good news is that many of these populations have shown little change over time, and are spreading at speeds lower than could be expected based on studies in other UK catchments. The bad news is that people still seem to be introducing signal crayfish to new locations, either unaware or unconcerned with the damage that they inflict on ecosystems. With a few sites in the catchment still harbouring the heavily protected and increasingly endangered native white-clawed crayfish (which the presence of signal crayfish will decimate), this is of grave conservation concern. 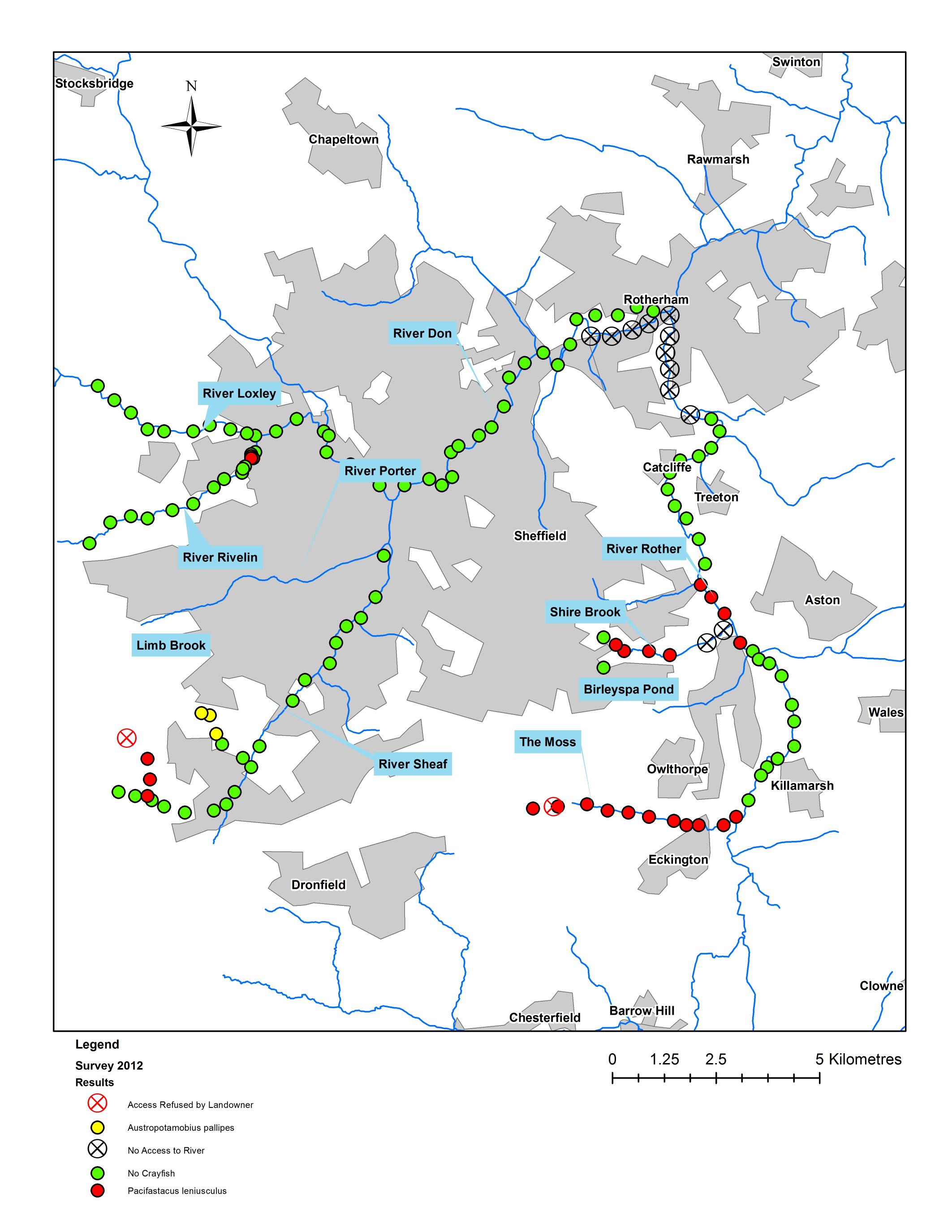 Note: The use of any traps in any river in the UK for either research or personal use required a licence from the Environment Agency as very careful disinfection and usage is necessary so that invasive species like the Signal Crayfish are not inadvertently spread.