The Dearne drains the high ground to the south and east of Huddersfield and the west of Barnsley. It flows roughly east for more than 50 kilometres (30 mi), from its source just inside West Yorkshire. The steeply sided Dearne Valley opens out at Bretton Hall Country Park before passing through Barnsley, Wath and Mexborough, joining the main River Don at Conisbrough.

In the late 1700s, the river held good populations of fish. Industrial development of the valley consisted of several deep coal mines, but they were fairly small, and did not significantly pollute the river.

The opening of the Dearne and Dove Canal in 1810 had serious impacts on the river, as it provided a way to transport the coal to the steelworks at Sheffield and Rotherham. This led to the rapid development of more and larger collieries. The population grew quickly, but it was housed in small villages near the pits. With no urban infrastructure, sewage polluted the river, as did the industrial discharges from the mines.

Parts of the upper river were well suited to the woollen trade. Mills developed in the nineteenth century at Denby Dale, Scissett and Clayton West. The valley of the upper river is quite narrow, and housing was provided by building terraces, which often backed on to the river. Again, sewage ended up in the river, as did the effluent from processing the wool, which included caustic washing agents and dyes. Water used in washing was returned to the river without adequate cooling, and the temperature rose.

As early as 1896, the West Riding River Board was working hard to improve the situation, and achieved limited success by 1902, when they produced a report. They identified 44 small sewage treatment plants, none of which treated the sewage adequately, and noted that the river was “much polluted by domestic sewage and by untreated or partially treated trade refuse” By the early 1900s, the river was lifeless between Barnsley and the Don, with fish unable to survive in the cocktail of chemicals. The River Dove was also lifeless, although the Cawthorne Dyke and several other small tributaries managed to retain populations of brown trout.

This continued until the 1960s when efforts were made to clean up the effluent being discharged into the river. Nevertheless, small pockets of fish began to appear. A small population of brown trout had survived in the upper 1.5 miles (2.4 km) of the river, but could not proceed downstream due to dams erected for the woollen mills. Moth-proofing agents were released by the mills into the water, which were highly toxic to fish, and although the discharge of these chemicals ceased in 1979, when they were routed to a sewer for treatment, the problem did not immediately go away, as the chemicals continued to seep into the river from land which had been contaminated by them for another ten years. Any progress with the re-establishment of fish stocks was destroyed by a series of releases of pollutants into the river during the 1970s and 1980s.

By 1987, water quality had improved sufficiently to try restocking the upper river, by 1992, there was evidence that the fish were breeding in the river, and naturally bred brown trout were found between Denby Dale and Clayton West in 1994, for the first time in over 100 years. By 1996 the trout population in the upper Dearne was declared to be self-sustaining.

In the last 30 years or so the rivers have been much improved, but there is still a long way to go to recover from the intensive industrial activity of the area. Don Catchment Rivers Trust are actively involved in improving the Dearne. We have already released 50,000 eels into Old Moor RSPB reserve in 2010 and are bidding for money to make other improvements to the river.

For more information on the Dearne see “900 years of the Don fishery: Domesday to the dawn of the new millenium‘ by Chris Firth. 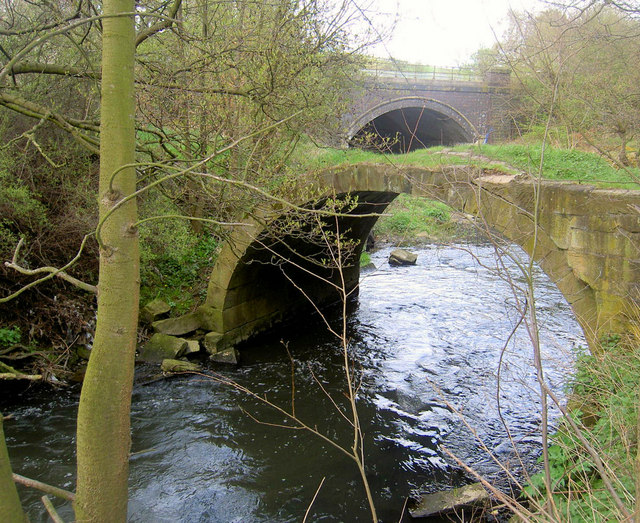