Now that we are starting to find evidence for salmon returning and successfully breeding we need to ensure that as numbers increase there is enough suitable habitat present for salmon to thrive in the Don Catchment. Salmon prefer to make their redds (fish nest) in fast flowing riffles and glides (where pools lead into a riffle) with a gravel size of around 20-60+ mm, whereas trout favour smaller gravel sizes 10-40 mm towards the end of a pool. Redds require a constant supply of cold, well oxygenated water for their eggs to develop and hatch successfully. This means the gravels need to be clean of sediment, which often finds it’s way into rivers through poor land management.

Once the eggs hatch as fry, to avoid being predated, schools of fish use in-channel vegetation such as roots, tree branches, reeds and other aquatic plants to hide in, acting as nurseries. If there is a lack of in-stream vegetation fish become vulnerable to predatory fish and birds, and so fish populations suffer.  Naturally there would be an abundance of this instream habitat but due to our desire to keep rivers ‘tidy’ fallen trees are often removed, even if they don’t pose a particularly significant flood risk.

We can recreate this natural process by securing felled bankside trees to their stumps and root systems where they are known as large woody debris (LWD). In addition to providing hiding spaces for young fish, LWD has multiple benefits to river ecology including capturing leaves for invertebrates to eat – ensuring energy isn’t lost downstream, narrowing the channel to speed up slow rivers which keeps gravels clean and they also help sort gravels in straightened sections of rivers.

What are the benefits of woody debris?

There are multiple benefits to having woody debris in the river environment, here’s a few: 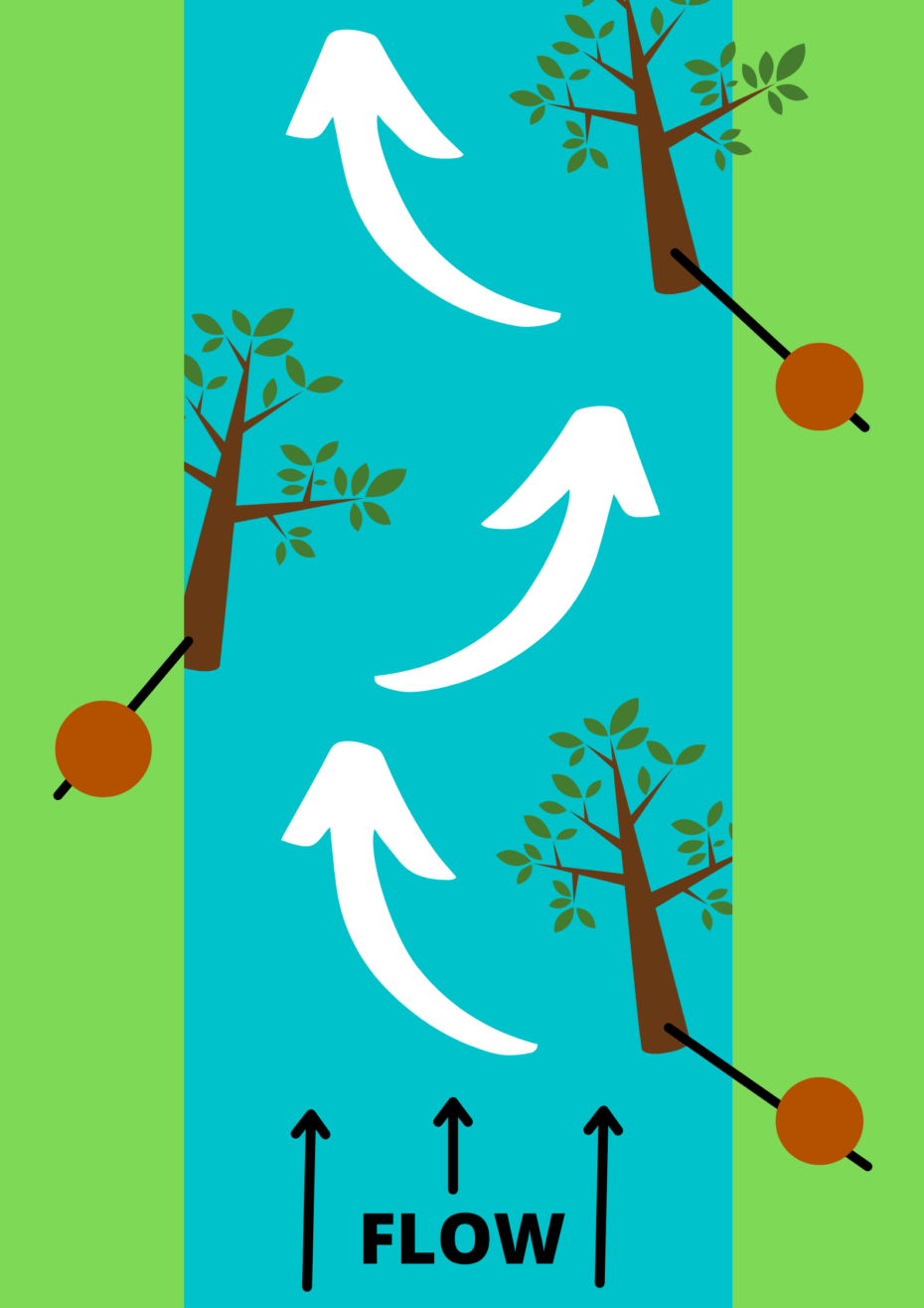 The River Hipper rises at the Hipper Sick on Beeley Moor, a wetland part of the Chatsworth Estate in the Peak District National Park. It’s a typical small, rain-fed Derbyshire stream which passes through Holymoorside village before it skirts the south side of Chesterfield town centre and confluences with the River Rother.

As this stream runs through Somersall Park, it has a semi-natural feel despite historically being heavily modified. Parts have been straightened due to changes in land use, impoundments are still present in the form of weirs left over from the river’s industrial past, and banks have been fixed in place using stonework. In combination these human modifications don’t allow for many of the natural river processes that would otherwise occur. In addition, the practise of removing windblown or dead and diseased trees from public parks limits the ability of the channel to form structurally-diverse habitats.

By introducing large woody debris into the channel, we have been able to create in-channel meanders by placing them on alternate sides of the straightened sections. 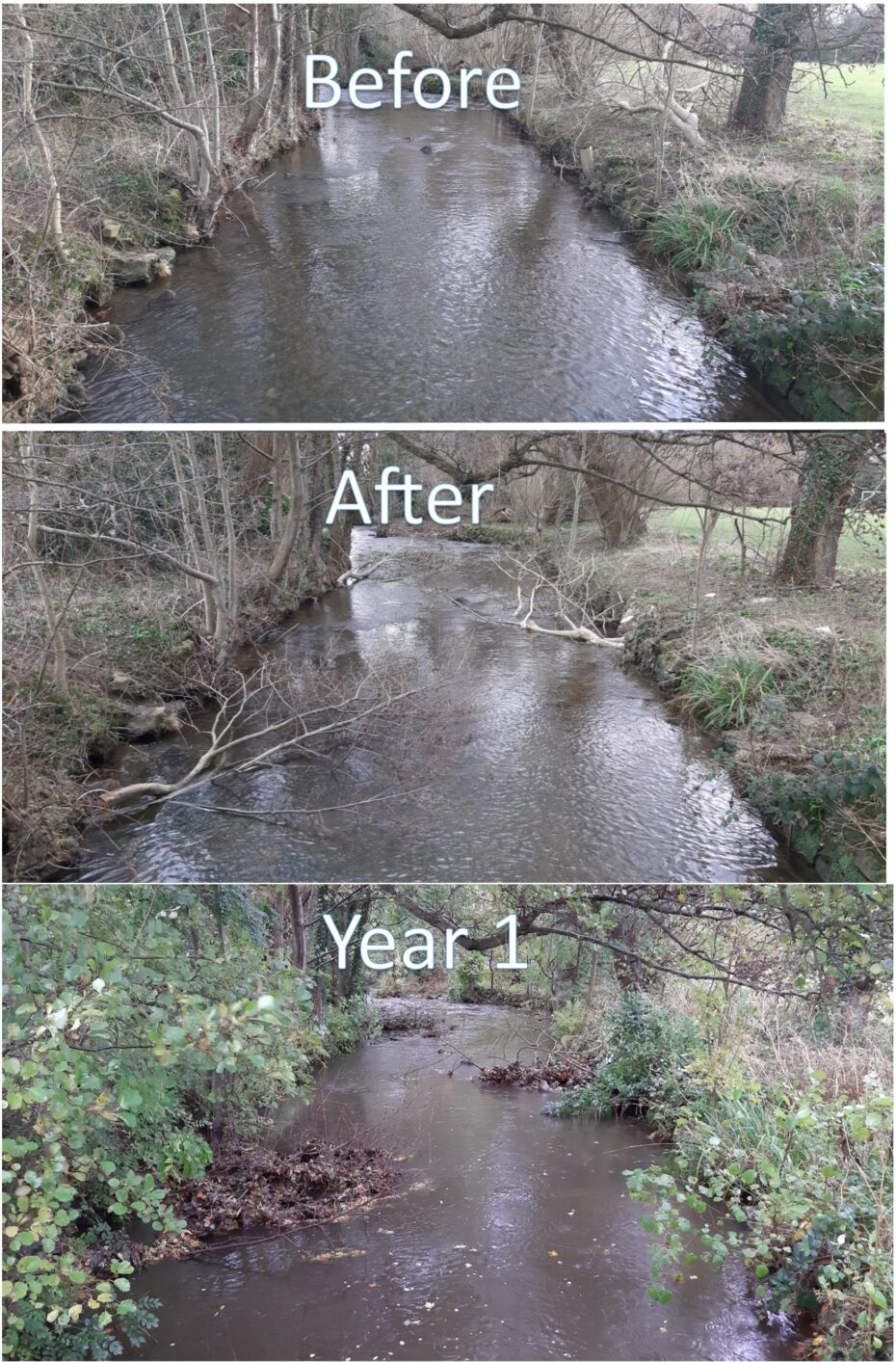